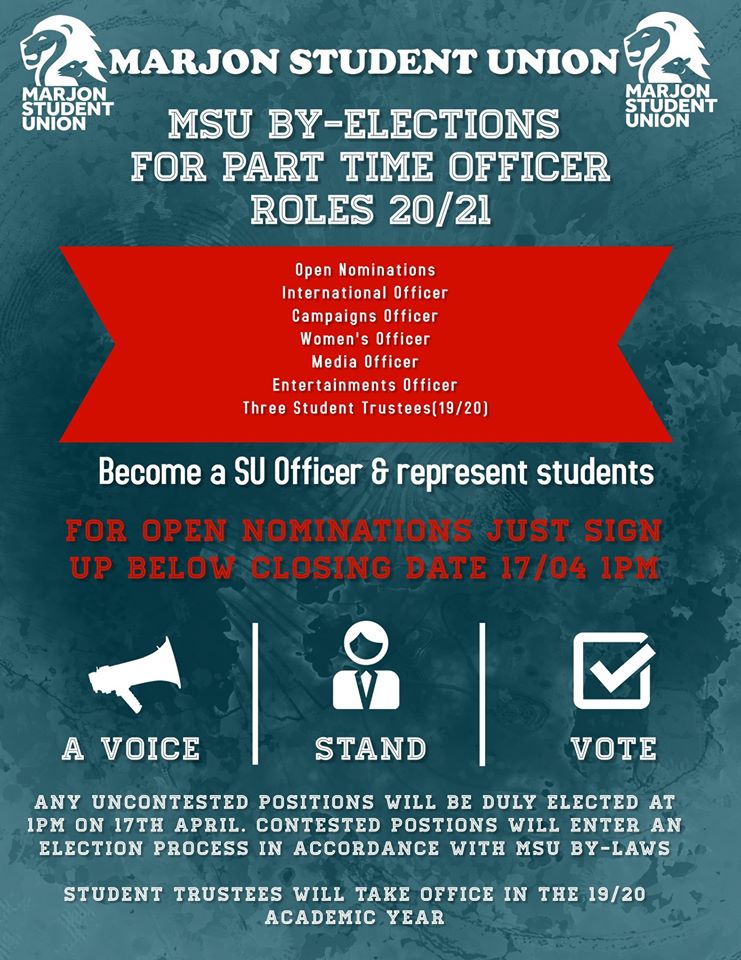 Ever thought about becoming a part time officer for the Student Union?

Each year, the students at elect people to represent them and run the union on their behalf. These people are usually known as sabbatical & Executive officers, and they fulfill a number of vital roles. And we want you to stand to be one!

Union officers are responsible for the work and direction of the students’ union. As a team, they identify what students want and look at ways in which these needs can be met. Executive officers will work on projects together; involve students in the projects and co-ordinate the delivery of the project.

Previous projects will have included running campaigns, arranging events, setting up a training programme, organising activities … the list is endless. The key thing is that you do not have to work on your own. Working within a team means that you can plan your time and the tasks that you take on, and you only need to take on what you feel that you can manage.

The benefits to you are immense. You may also get to attend conferences and meetings with other students’ unions, who may be carrying out similar projects. Crucially, you will be able to demonstrate in the future that you have initiated and implemented a manifesto (a public declaration of what you want to achieve), as well as showing that you are motivated and willing to take responsibility.

We want to make it as easy as possible for you to stand in our elections. Gone are the days of "jobs for the boys" when people just got their friends voted in - these days we aim to get plenty of candidates standing so the electorate has a clear choice in who runs their union. Think about it – and if you want to talk about it then please contact Mick Davies who can talk to you about the range of positions available.

COMPULSORY FOR ALL CANDIDATES